Dachshund Lost For Three Days Found With Help Of Bacon 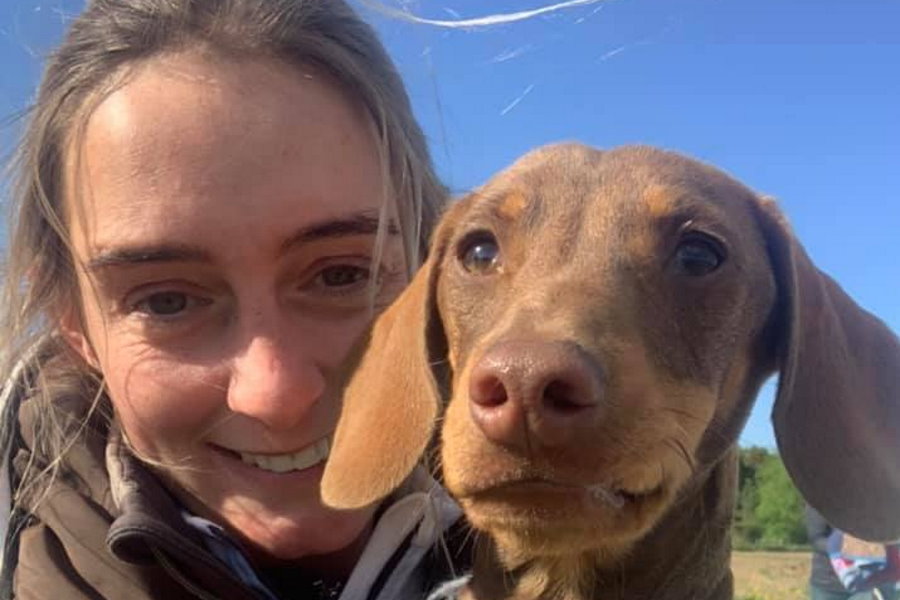 It is well known that dachshunds are brave and courageous, but even these little defenders of the homeland get scared occasionally. Especially when they are puppies, like seven month old doxie pup, Floyd.

Floyd was with his owners, Fern Holmes and Doug Dinwiddie, at their family farm on a Friday afternoon when another dog started barking. Floyd got frightened and took off into the 350-acre farm in Middleton Tyan, North Yorkshire in the U.K..

Ms. Holmes was frantic about her lost little ween, so she enlisted friends, family, and members of the public, through a Facebook appeal to join in the search for Floyd over the weekend.

Mandy Butler, a specialist in tracking down lost dogs and runs the Lost Dog Trapping Team on Facebook, advised that Floyd had gone into survival mode and would not come to strangers calling his name. She also advised enticing him back using tasty smelling treats.

So the searchers were called off and Floyd’s owners began leaving beef stock on trails, opening cans of sardines, and cooking bacon on a portable grill.

There is very little dachshunds love more than a bite of tasty food. So is it really a surprise that Floyd was lured out by the yummy smell of bacon?

Floyd was reunited with his estatic owners on a Monday, three long days after being lost! He was said to be looking grubby after his adventure, but was unharmed and greeted his owners by smothering them in licks.

We love a happy ending!

Watch the happy reunion below – it will be sure to make you smile!

Dachshunds in the News

This website uses cookies to improve your experience while you navigate through the website. Out of these, the cookies that are categorized as necessary are stored on your browser as they are essential for the working of basic functionalities of the website. We also use third-party cookies that help us analyze and understand how you use this website. These cookies will be stored in your browser only with your consent. You also have the option to opt-out of these cookies. But opting out of some of these cookies may affect your browsing experience.
Necessary Always Enabled

Any cookies that may not be particularly necessary for the website to function and is used specifically to collect user personal data via analytics, ads, other embedded contents are termed as non-necessary cookies. It is mandatory to procure user consent prior to running these cookies on your website.