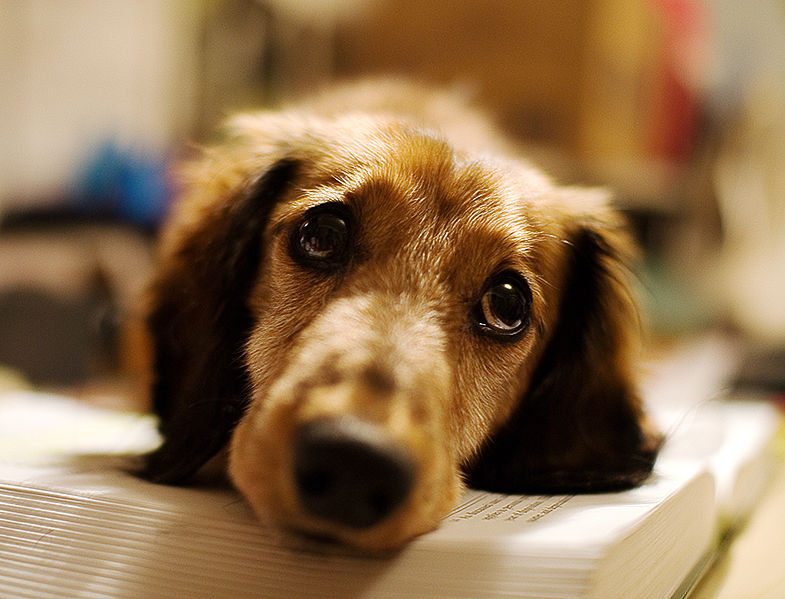 Dachshund owners are crazy about their dachshunds. If you know someone who owns a dachshund, or perhaps you own one yourself, you are most likely already well aware of this fact. Dachshund jewelry. Dachshund coffee mugs. Dachshund t-shirts. Dachshund bumper stickers. All common things around a dachshund lover’s house. Maybe even multiple dachshunds. Because you can’t have just one.

If you have a dachshund and are not Dachshund Crazed, you may want to consider that there might be something wrong with you. Of course we are joking – but seriously – the Dachshund Charm is very hard to resist.

If you are considering a dachshund, read on about their personality and temperament – it’s what makes a dachshund, a dachshund. If you already have one, read on anyways, because you will get a kick out of thinking we are describing your little weenie dog personally.

Originally, the above traits were going to have their own separate sections, but it’s just too hard to separate these traits and aptly describe a dachshund. This is who they are.

First, to say they are loyal is an understatement. There is no place your little friend would rather be than by your side – and they love to cuddle up against you. If you know someone with a dachshund, take a look at some of their pictures. Bet you will find a dachshund somewhere in the photograph about 90% of the time.

They are also very loving and affectionate. So don’t even think about trying to keep them off your furniture. It’s just not right. Because, if they are not playing or being silly, they have to be on your lap or snuggled up against you at all times. This includes when you are on the sofa, the recliner, at the computer (in your lap), and yes, even your bed. Dachshund Code requires that they burrow under the covers cuddled up against you, or a family member of their choosing, with maybe just the tip of their nose exposed – just to keep an eye on things. If you are laying down, laying on top of you, or on your back is fair game. Did we mention they love to cuddle?

Dachshunds are brave and courageous – these dogs were bred to hunt the ferocious badger, after all. Their extreme loyalty and affection mixes with their fearless courage and makes them extremely protective of their loved ones. If they think you are in danger, they will defend you without hesitation – even to the extent of their own detriment.

Dachshunds either don’t know their small stature, or more likely, they know, but just don’t care. So if you take a stroll into the woods with your doxie and find yourself face-to-face with a full-grown grizzly bear, your little wiener dog will protect you. I would love more than anything to say that dachshunds have special powers and would shred a full-grown grizzly bear to pieces, to protect their loved ones, and emerge unscathed, without a scratch – but the fact is, no matter how courageous they are, they are not much larger than a house cat. In the case of miniatures, maybe even smaller. And believe it or not, this exact scenario has happened. And yes, the people got away. And no, the little hero did not fare so well.

Knowing this, take extra care to protect your little friend from real (or perceived) danger. If you are walking, make sure your doxie is on a leash to keep him from running toward trouble. See a big dog that is on the loose? It’s best to just go ahead and pick up your brave protector, turn around, and avoid getting him in a situation that he will have to defend you against, or thinks he has to defend you against – because he will.

Dachshunds are sweet. Yes, we already mentioned affectionate above, but this goes beyond that. For example, they are uncannily aware of your moods and emotional state. If you are feeling blue, your little guy or gal will know and take extra care to make sure you receive an extra-large dose of cuddle. And they love to cuddle. Did we mention that? Feeling under-the-weather will get you a constant companion. More so than normal, that is. If someone is crying, it is not uncommon for them to literally lick the tears from their face. Have a cut or wound? Your dachshund will find it, because of that magnificently sensitive nose of theirs, and will begin to administer a series of licks to the wound, in an attempt to heal it and lessen your pain. Like unicorn tears, weenie dog licks are healing. It’s proven.

We are going to rest our case there – weenie dogs are sweet. And they love to cuddle.

You may have heard, and it’s 100% true. A mule has got nothing on them. No doubt about it, these dogs are notoriously stubborn. In fact, Eeyore might be a decent name for a wiener dog – and all dachshund owners would be in on the joke.

If a dachshund doesn’t feel like doing something, they will resist. First, the stare: “You don’t mean me, do you?” Then a series of expressive looks before finally conceding. At their own pace of course. However, you must be warned about this phenomenon – once under the spell of the Dachshund Charm, you will even find their stubbornness adorable. Well. Most of the time, anyways.

One other special warning about dachshund stubbornness. It is near impossible to get a wiener dog to go outside to do their ‘business’ when it’s raining, or when the grass is wet – but it can be done. Be persistent. As mentioned previously, you will find the stubbornness cute in a few minutes, after the ‘business’ is done.

Dachshunds are clever and smart. If motivated (see what motivates them below), they will find a way around, a way in, a way on top, or a way under. In a way, this is a reflection of their stubbornness. They are stubborn in their persistence.

So, what motivates a dachshund? Usually one of the following:
Their Peeps (Trying to get to their humans)
Food
Ball or Toy
Chewy Bone
Squirrels
A Cozy Spot to Sleep

Really, that’s about it. If you know of something else that might motivate a dachshund, please, let us know.

Some dachshunds are more playful than others, but generally, dachshunds have bouts of play time, surrounded by bouts of sleep. What they like to play with will depend upon your individual dachshund. Many love to play ball while others are not the least bit interested. Some will develop and obsession with playing ball. Some love to play tug-o-war with stuffed toys. Others will just gently nibble at them, occasionally giving it a good shake. Some will take great care of their stuffed toys, and may even have a favorite – while others will rip them apart and remove the stuffing and squeaker in a matter of seconds. However, all dachshunds have a silly side.

Other Things You Should Know About Dachshunds…

They Have a Sweet-Tooth

Dachshunds love to eat period, but there’s a special place in their heart for anything sweet. Candy. Cookies. Cake. Even apples, or bananas. If its sweet, they love it. You really have to watch your doxie on this, because they love chocolate too, which as you probably know is toxic to dogs. So be sure to hide that Valentine’s Day chocolate – remember, they are clever and will find a way to it.

Not an outside dog

Dachshunds are small and great as an inside dog – they even do well in an apartment setting, as long as you take them out several times a day. But, really, they should not be an outside dog. Remember, they want to be with you and the family, so they will scratch at the door, bark, and howl, wondering why you have left them out, treated like a common dog. Sometimes they will dig holes out of boredom. And these guys are expert hole diggers.

Keep in mind too that dachshunds don’t get that ‘dog smell’ that makes some people (you know who you are) not like to have dogs around them. This is a bonus feature of them being a true member of the hound family. See, during the hunt, they can’t have any ‘dog smells’ going downwind and giving them away.

Some Final Words on Dachshund Personality

Dachshunds Rule!!! Seriously, they really do. There is just something magical about a dachshund. Need we say anything more? 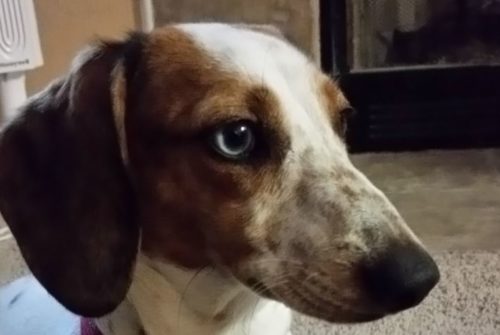